NOT a mid-life one (I can’t quite bring myself to use the term crisis. Sounds so… old.) because I am no where near the mid point in my life. Yet I am prone to fits of boredom, restlessness and discontent. I feel as though I am floundering; a fish out of water flapping it’s tail to no avail. Maybe what I’m feeling is more than just an episode of ennui – would I be allowed to call it an extended period of grieving?

A few days ago while making an espresso, I turned on a reality TV program to see a stunning, dark haired, pregnant woman dancing with her husband to the song Fly Me To The Moon. Naturally, the moon was bright and twinkle lights where shining. She was wearing a long flowing white dress and her husband’s hands were intertwined with hers as they rested on her beautiful belly. And for whatever reason, this scene really resonated with me: I will never feel my husbands hands on me in that manner. I don’t know how long I sat there and dawdled while everything and everyone flowed on around me. More than long enough for my espresso to cool.

I am trying to pick up the pieces of me and move forward. It’s time consuming. I spend listless and lingering hours running and stretching, practicing yoga, surfing the interwebs, editing pictures, and generally not making a large forward progression. But what better way to amble a few hours into oblivion than with a wicked dark espresso and double chocolate biscotti.

City girl at heart....
Living in the prairies. 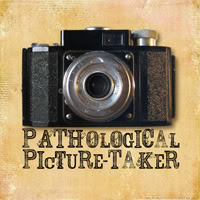 Unless otherwise specified, all images and design layout are property of Melanie Klassen. You're more than welcome to use them on your blog if you send an email and provide a link. Thanx!